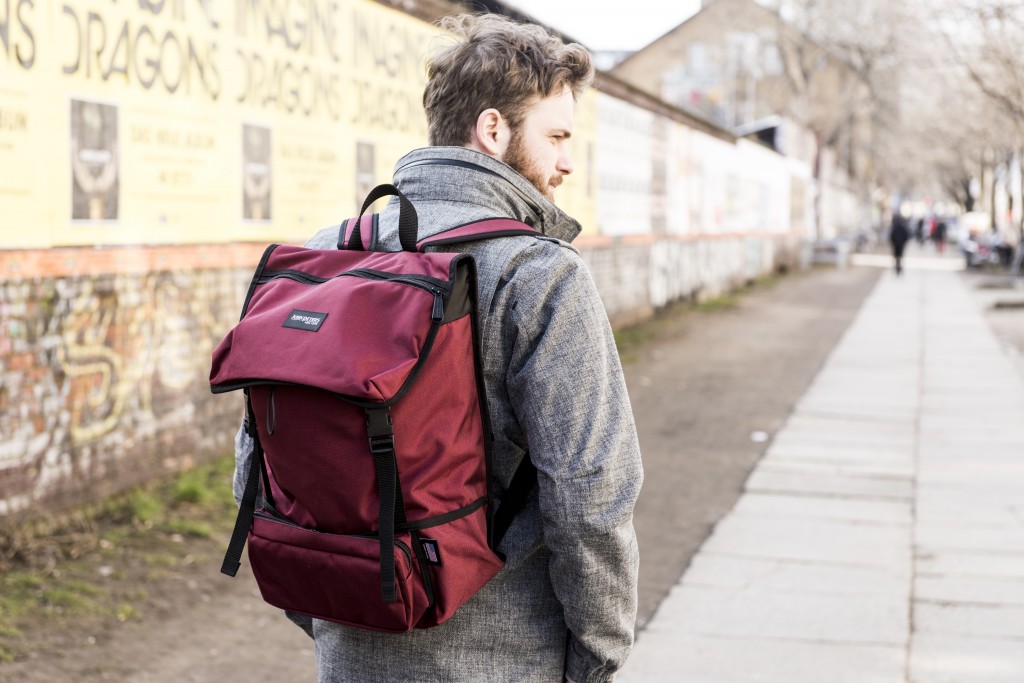 Too much stuff, too little space.

Sound familiar? Whether it be suitcases, apartments, or backpacks, I’m constantly trying to fit all my stuff in. And it’s not like I have a lot of stuff either! But whenever I go out, even for the day, there’s just a fair amount of things that have to come with — laptop, notebooks, a snack, a change of clothes for rehearsal. For most normal backpacks, there’s just not enough space.

That’s why I like the large sized flap top backpacks at John Peters New York. The inner space is already extra large, and with the bottom pocket and pocket in the flap closure on top, I get a lot of bonus space that a regular backpack can’t accommodate. It also allows me to segregate and organize my things better, which is enormously useful on those long, busy days.

Additionally, the wide shoulder straps on the large backpacks spread the weight much more evenly on your shoulders, which makes it easier to carry heavy loads for a longer time. And when you carry those loads around all day, from place to place, it makes a huge difference!

John Peters New York ships internationally. You can purchase your own large backpack on the website at www.johnpetersnewyork.com. When you hit the road the next time, you’ll probably still have too much stuff, but at least enough space!